‘Why wasn’t I invited?’: Priyanka Chopra asks after hearing Bollywood-themed party from her backyard

Priyanka Chopra on Tuesday asked why she wasn’t invited to a Bollywood-themed party that was happening next door to her in Los Angeles. She took to Instagram and posted a short video from her LA home, pointing her camera in the direction of the party.

You can hear the song “Choli Ke Peeche Kya Hai” playing in the distance, as Priyanka’s camera panned across the valley. “Memorial Day weekend in LA. Why wasn’t I invited?” she wrote in the caption of her Instagram Story. She said, “Memorial Day weekend. Where is this music coming from? Let’s go!” and sang a few notes of the song. 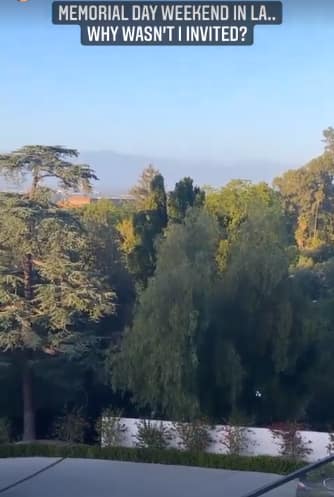 Priyanka Chopra has been stationed in Los Angeles for the majority of the year.

Priyanka has been stationed in Los Angeles for the majority of the year. In January, she and her husband, Nick Jonas, welcomed their first child through surrogacy. It was later revealed that their daughter is named Malti Marie Chopra Jonas.

On Mother’s Day, Priyanka and Nick in a joint social media post wrote about the health issues their baby had to deal with. “After 100 plus days in the NICU, our little girl is finally home. Every family’s journey is unique and requires a certain level of faith, and while ours was a challenging few months, what becomes abundantly clear, in retrospect, is how precious and perfect every moment is. We are overjoyed that our little girl is finally home, and just want to thank every Doctor, nurse and specialist at Rady Children’s La Jolla and Cedar Sinai, Los Angeles, who were there selflessly every step of the way. Our next chapter begins now, and our baby is truly a badass. Let’s get it MM! Mommy and Daddy love you.”

Priyanka debuted in Hollywood with a lead role in the now-cancelled network show Quantico. She subsequently appeared in films such as Baywatch, We Can Be Heroes, The White Tiger and The Matrix Resurrections. She will next be seen in the Prime Video drama Citadel, and will make her Bollywood comeback with Jee Le Zaraa.