When Jaya Bachchan said she saw ‘danger’ during her first meeting with Amitabh Bachchan, left her husband shocked

According to Jaya Bachchan, her husband Amitabh Bachchan isn’t a romantic in personal life. “Not with me!” she said amid giggles as she teased her husband. She, however, believes, “He’s good for me and that worked for me.”

Bollywood’s most celebrated star couple appeared in one of the initial episodes of Rendezvous with Simi Garewal in 1998. The Bachchan seniors got candid about their first meeting and first impressions they had of each other. Amitabh Bachchan and Jaya Bachchan spoke about their first meeting on the sets of Guddi. (Photo: Express Archives)

Amitabh Bachchan and Jaya first met during the filming of Hrishikesh Mukherjee’s cult classic Guddi (1971). The film was Jaya’s first screen role as an adult and also her Bollywood debut. In the movie, she played a star-stuck school girl who’s madly in love with Dharmendra, who played himself. Guddi traces her journey towards realising the fictionality of filmmaking and how things on camera are nothing but illusions and imaginary storytelling with heroes being regular human beings in real life.

Revealing how he got fascinated after seeing Jaya’s photograph for an ad in a magazine, Amitabh reminisced in the throwback interview, “I inquired about her and they gave me a lowdown on her. It came to pass that Hrishi da (Hrishikesh Mukherjee) had cast her for Guddi. It kind of got me excited about the prospect of working with her because she came with huge credentials. I went on the set (Guddi) and that’s when I met her for the first time.” 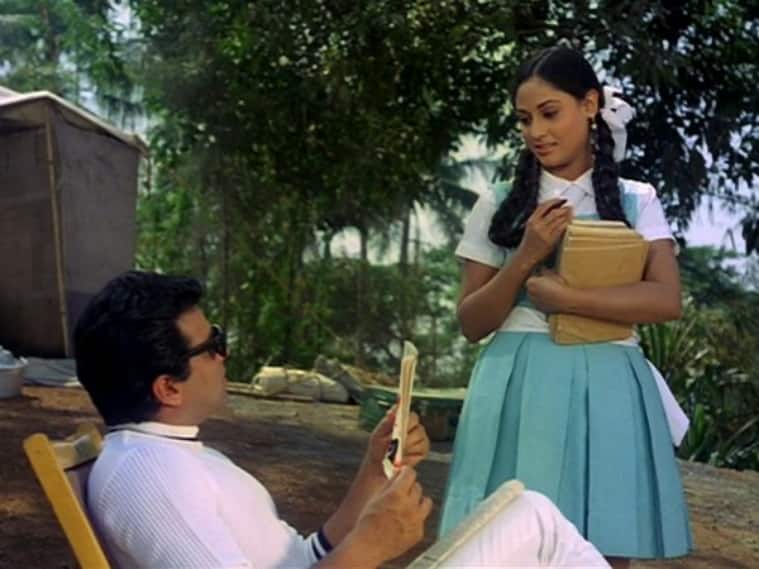 Jaya Bachchan (then Bhaduri) with Dharmendra in a still from Guddi.

Amitabh candidly added, “When I saw her photograph, I liked her eyes. I saw that traditional-conservative blend that I thought that I would be searching for in my future wife. When I met her I realised that along with that came several other Guddis, the pun is unintended! (laughs) I said fine, this is it.”

Upon much prodding by host Simi Garewal, Jaya shared her side of story too. “When I first met him, I saw danger,” she said leaving Amitabh Bachchan shocked. She added, “I got frightened because he was the only one who, out of a lot of people that I’ve known, could dictate things to me and I allow him to do that.”

She further explained, “(But) It’s not like he would dictate things to me, it’s just that even if he said something to me mildly, I’d do them. I’d want to please him. That’s something that does not come to me easily and naturally, to want to please people.” Amitabh teased Jaya that “25 years later, it’s just the other way around. How beautiful!” leaving his wife blushing. According to Jaya it was the first time she was saying all this. The actor-politician however said she needed somebody like that (Amitabh), calling it a love at first sight for her. “Yes, it was, I think so!”

But Amitabh begged to differ. “Love at first sight is a connotation that has been so badly abused, in spoken word and written word that it’s lost its meaning. So we don’t want to be put in that category. You know the beautiful thing about this is, we haven’t made a commitment yet. We’re still groping in the dark. It’s an alien area, it’s new to us. And what I think is, it just happened.” 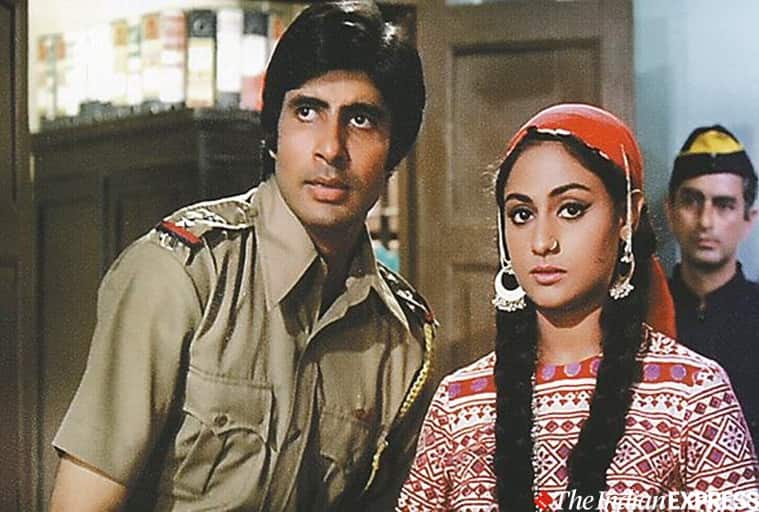 Simi Garewal, a yesteryear star herself, reminded them that they’ve always been an “unlikely match” due to their different temperaments and a striking height difference, and the couple nodded with a smile.