The team of television’s most popular and long-running sitcom, Taarak Mehta Ka Ooltah Chashmah, got together to attend the premiere of a Gujarati film, Kehvatlal Parivar in Ahmedabad. The film was special for the team as it featured the young Tapu aka Bhavya Gandhi in a pivotal role. Among those who attended the premiere were: Sonu aka Palak Sindhwani, Sodhi aka Gurucharan Singh, Gogi aka Samay Shah, and Ambika aka Hasmukhi, among others.

Several photos from the premiere were shared by Bhavya’s close friend and actor Vishal Jethwa on social media. Sharing a video from the event, Vishal wrote on Instagram, “Revolving around and feeling as cool as these guys are😎 મારો ભાઈ, Heartfelt congratulations to my near and dear dost @bhavyagandhi97 ♥️ So happy to see you accomplishing great things, Full power! Best wishes to the whole team of ‘Kehvatlal Parivar’ 1:11✨”.

Taarak Mehta Ka Ooltah Chashmah actor Ambika who plays the role of Hasmukhi in the show wrote her review of Kehvatlal Parivar on social media. Calling it a ‘beautiful movie’, she mentioned, “This movie is a tribute to the Mother’s strength, courage and determination and the way she shapes up life and future of her loved ones.” A photo from the premiere of Kehvatlal Parivar. (Photo: Vishal Jhethwa/Instagram) 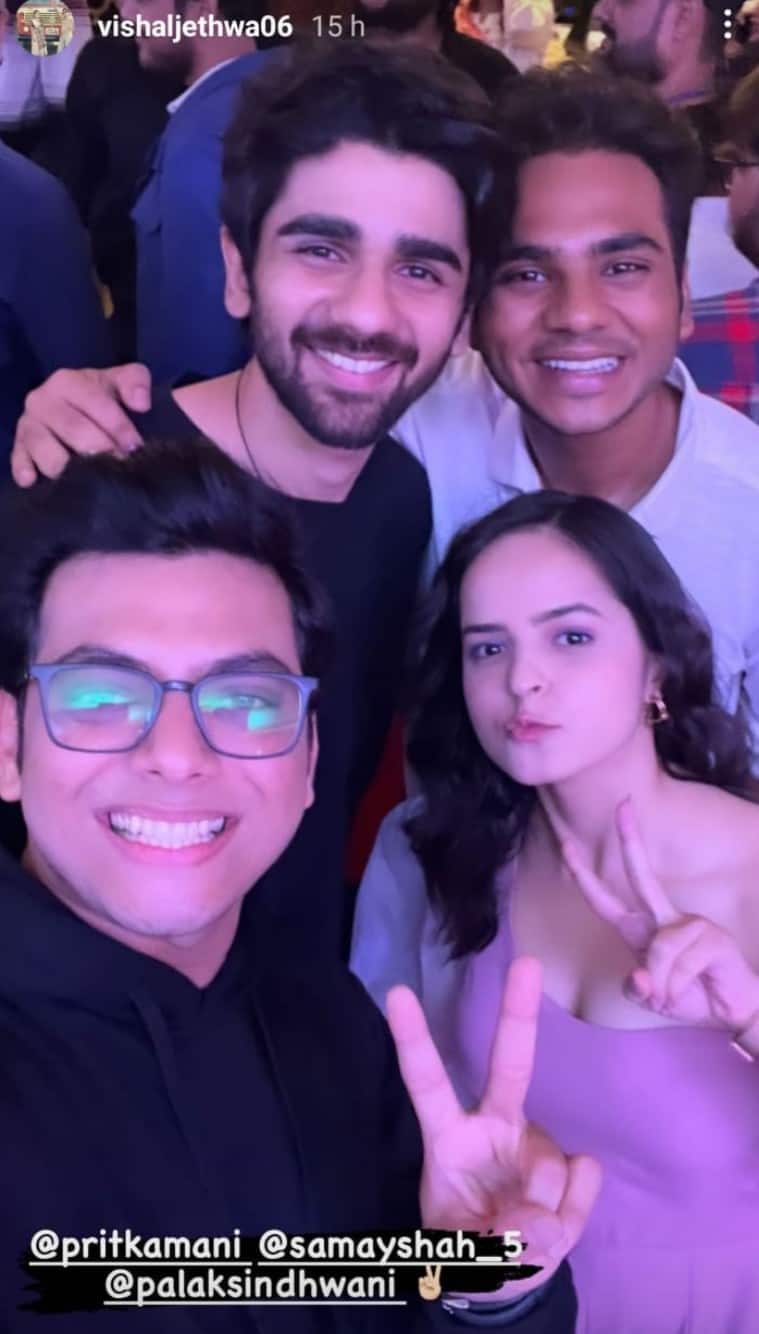 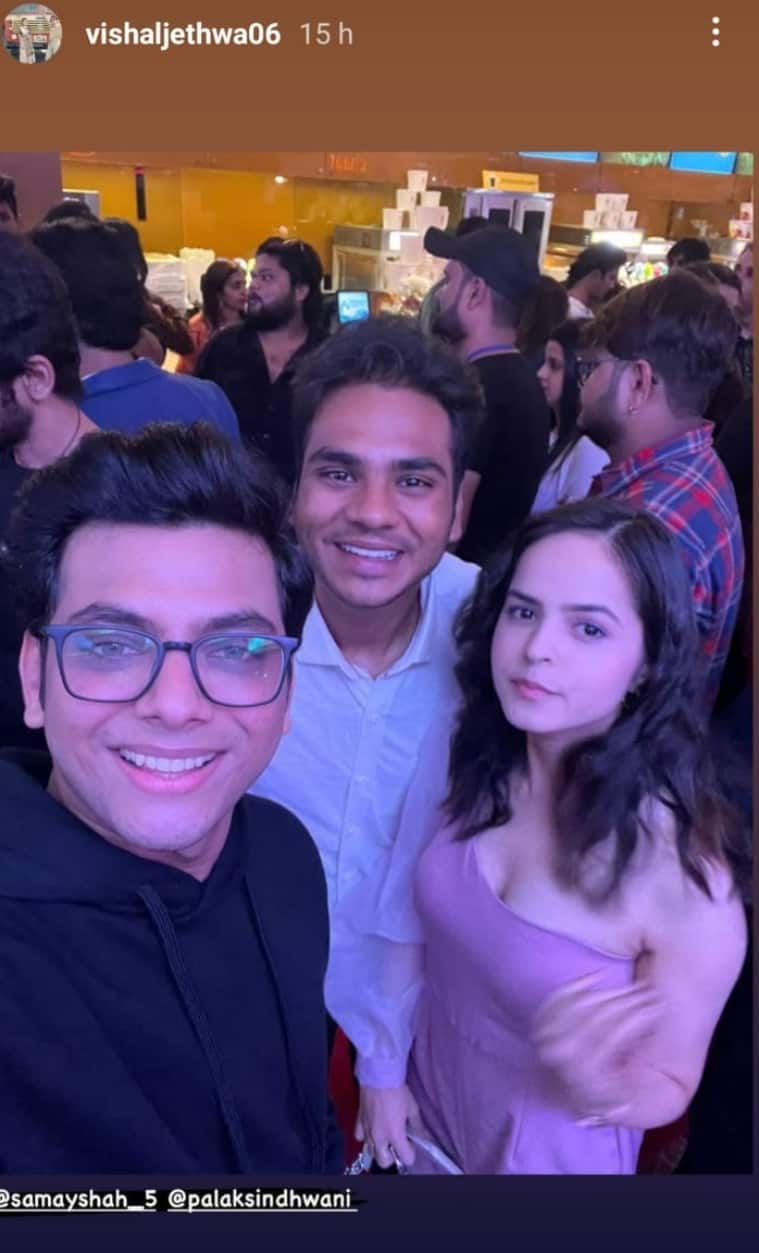 She added, “Change is inevitable and the only constant thing but to change something one needs to change self! Very important thought that has been beautifully executed and shown through the mother. Everyone played their roles well, right from the director, writer, editor, artists, singers, choreographers to designers… Pre production and post production everything taken care beautifully…. Not just that… We got a packet of Dhokla mix, microwaveable Popcorn packet and a beautiful book of all proverbs used in the movie alongside stories based on it! Pl do watch the movie with your entire family.”

Bhavya Gandhi, who became a household name after playing the role of Jethalal and Dayaben’s son Tappu, quit the show in 2017 to venture into the films. He was a part of the show since its inception in 2008. Upon his exit, he told indianexpress.com, “I know right now I can explore myself as an actor. This is the age to grow, so, I thought I should move beyond this character. I will now be seen on the big screen and I am hopeful I will be received with love in films the way I was on the small screen.”