Sunil Dutt was a screen legend who gave Hindi cinema some of its most memorable moments, from Mother India‘s (1957) hell-raising Birju and Padosan’s (1968) simpleton Bhola to Shaan’s (1980) principled police officer and Munna Bhai MBBS‘s (2003) upright father whose dreams are dashed when he hears his son Munna (Sanjay Dutt) is a gangster and not a doctor. Everybody knows about Dutt’s classic love affair with Nargis, which was ignited during the filming of Mother India. The on-screen son ended up saving Nargis’ life from a fire accident and the recuperative break became a courtship period. It wasn’t long before the couple got married. This is the stuff of Bollywood itself. Everybody knows that Nargis would succumb to cancer in 1981, leaving behind a young and rebellious Sanjay Dutt to deal with drugs, alcohol, prison, guns and glories on his own. Everybody knows about Dutt’s selfless career as a politician. Everybody knows the goodwill he inspired in the film industry, what a good husband and father he was and a man who always led from the front. “He had a hidden desire to be a general in the army and would have, I am certain, excelled at that too,” attested Amitabh Bachchan, while talking to Filmfare magazine in 2018. 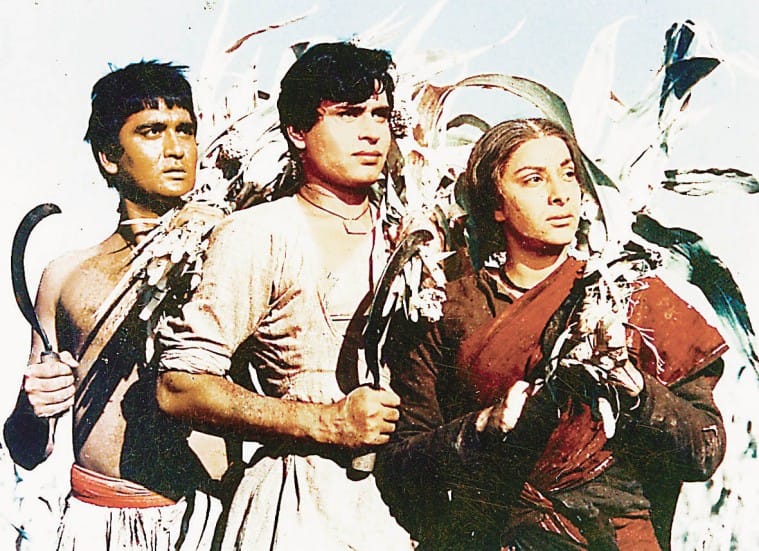 Bachchan was one of the many Hindi stars whose early talent and promise Sunil Dutt (1929-2005) actually helped foster. So, apart from being a veteran actor, politician, showman, do-gooder and gentle soul, Dutt was also a producer and director with an eye for spotting budding performers. He owned Ajanta Arts, a famous production banner. Having attained what one might call a ‘Bollywood royalty’ status, Dutt launched the careers of innumerable young men and guided them in chasing their dreams.

One such newcomer was a young Amitabh Bachchan. Unlike other biggies who thought this lanky gentleman lacked the qualities required of a charismatic Hindi leading man, Dutt and his wife Nargis believed in him. In fact, you could call them the early birds of the Amitabh Bachchan Fan Club. Besides comedian Mehmood and K.A Abbas who gave Bachchan his first break in Saat Hindustani in (1969), it was Dutt who was one of the first few industry figureheads who saw spark in poet Harivansh Rai Bachchan’s son and cast him convincingly in his directorial venture Reshma Aur Shera (1971). Ajanta Arts insider Raaj Grover, in his book Legends of Bollywood, writes that though Saat Hindustani started after Reshma Aur Shera it was released before, thereby becoming Bachchan’s debut. Grover claims that it was Indira Gandhi who had personally called Nargis and requested if Sunil Dutt could help her friend Teji Bachchan’s son whose “efforts have not borne any fruit” so far. As it turned out, Bachchan became a successful star after an initial period of struggle. An anecdote in Legends of Bollywood has it that Dutt would proudly show visitors his former protégé’s talent contest photograph that he had kept in his possession at his 58, Pali Hill home.

In 1968, Dutt’s Ajanta Arts planned a movie called Man Ka Meet to launch his brother Som Dutt. But there was another youngster who, despite being cast as a baddie, went on to steal the show. That was a dashing Vinod Khanna, who following Man Ka Meet and Mera Gaon Mera Desh (1971), was quickly typecast as a villain. Who in their right mind would envision Khanna — the very epitome of beau idéal — as an antagonist? Apparently, Dutt could, just as he had muted Bachchan’s booming voice for Reshma Aur Shera. Even Amrish Puri mentions semi-rhetorically in his memoir The Act of Life, “Here was an actor with such a deadly voice.”

In these two cases, Dutt’s enthusiasm may have been somewhat misplaced but what matters ultimately is that he mentored Khanna and Bachchan at a time when their talent and ambition needed nurturing and helped them gain a foot in the door of a gated community called Bollywood. Khanna and Bachchan became good friends after working together in Reshma Aur Shera. Later, the duo would go on to define much of the 1970 and ’80s with their swag and machismo. 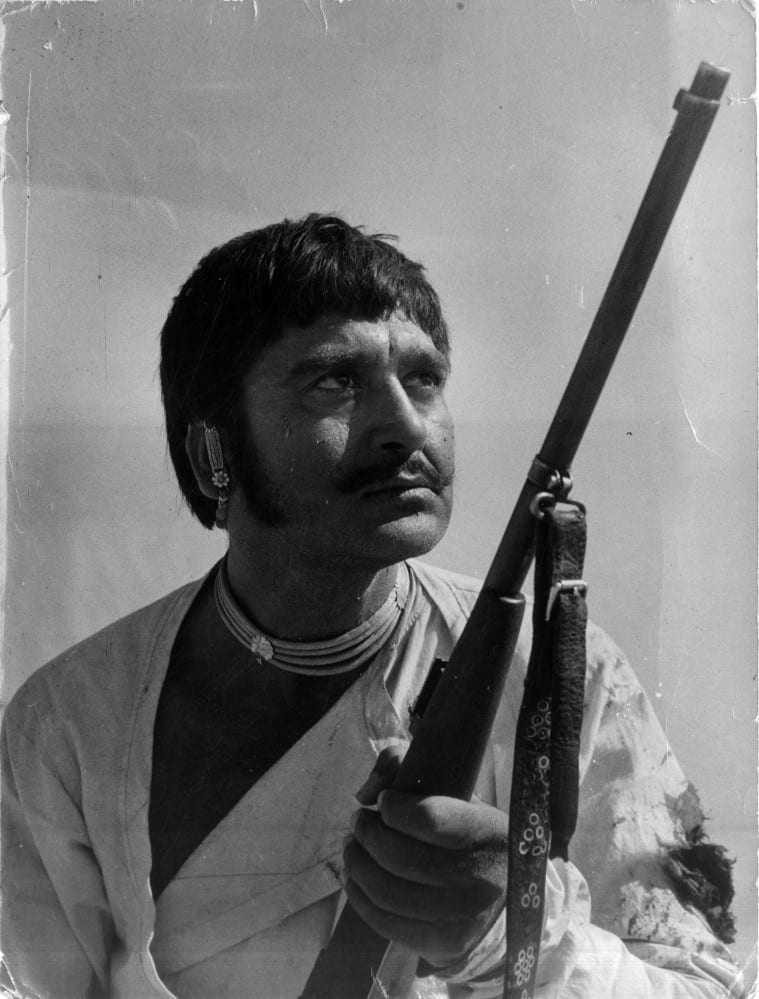 Dutt also introduced Ranjeet in Reshma Aur Shera. Set in Rajasthan, the costume drama was a love story between Dutt and Waheeda Rehman, who belong to feuding clans. Ranjeet has often joked in his media interactions that he played Rehman’s brother in his first film but spent the rest of his career molesting women. In a 2015 interview with rediff.com, Ranjeet talked about being in “awe of Nargis.” About Dutt, he gushed, “He had a flamboyant personality… I was really impressed with his luxurious lifestyle.”

To the list of Dutt’s discoveries you might want to add Amrish Puri and Johnny Lever, too. Reportedly, Dutt spotted the funnyman on stage and promptly offered him a role in Dard Ka Rishta (1982) while Puri was a theatre hand at the time when he was hired by director Sukhdev for Reshma Aur Shera for “a royal sum of Rs 3,000,” he boasts in The Act of Life. Sukhdev later walked out of the film leaving Dutt to take over the directorial reins. Before his appearance in Reshma Aur Shera, Puri had acted under the aegis of such thespians as Satyadev Dubey, Ebrahim Alkazi and Vijay Tendulkar. Obviously, Dutt’s melodramatic style of acting left him unimpressed most of the time (“He delivered the goods, but there was nothing extraordinary about his skills”) but he found himself being genuinely touched by his “simplicity,” as he reflected in The Act of Life.

Finally, for better or for worse, one of Dutt’s biggest contributions to the Hindi film industry might have been his own son. When Sanjay Dutt evinced an interest in pursuing acting seriously his father introduced him in Rocky (1981) with much fanfare. The film was a huge hit. Sanjay Dutt had arrived but he had lost his mother Nargis to cancer. It was a bittersweet moment for the Dutt family — on one hand, the success of her only son and on the other, she wasn’t there to see it.

Reportedly, Sanjay himself never wanted to be an actor. Fun fact: he has a walk-in part in Reshma Aur Shera, which served as a major catalyst in his journey in acting. Sunil Dutt narrates this incident in the talk show Jeena Isi Ka Naam Hai’s episode celebrating the life of Sanjay Dutt. Once, as a young boy Sanju was visiting his father’s set of Reshma Aur Shera at Mehboob Studio in Bandra. A qawwali was being shot that day and Sanjay Dutt sat in a corner, loudly clapping his hands. That’s when Dutt put him on screen for the first time. In the Manna Dey-sung ‘Zalim meri sharab mein’ you can see Sanjay Dutt as one of the singers, seated next to frontman Sudhir (best known for his villainous roles in 1970-80s Hindi cinema). As the qawwali picks pace, Waheeda Rehman’s Reshma, who’s gradually falling in love with Shera (Sunil Dutt), begins to imagine Dutt in the frame in place of Sudhir. In that one moment, one finds Sunil and Sanjay Dutt sharing an immortal frame together — Sunil turning on his musical charm while Sanjay lending him support with glee. By the time we come to Munna Bhai MBBS the roles have been intrinsically reversed.