Samantha Ruth Prabhu celebrated three years of her film Majili, which also starred her now ex-husband Naga Chaitanya. She shared a poster from the Telugu romantic sports-drama film, which released on April 5, 2019. It was the fourth film they had collaborated on, after Ye Maaya Chesave, Manam, and Autonagar Surya, and their first project after marriage.

Samantha posted the picture that showed Naga’s character Poorna Chandar Rao, with an intense expression. There were two more photos, including one that showed Naga hugging Samantha, who played Sravani in the film. In another photo, he wears a  cricketer’s jersey. The poster read 3 years for Majili. Samantha added the hashtag ‘#3yearsformajili’ on the picture. 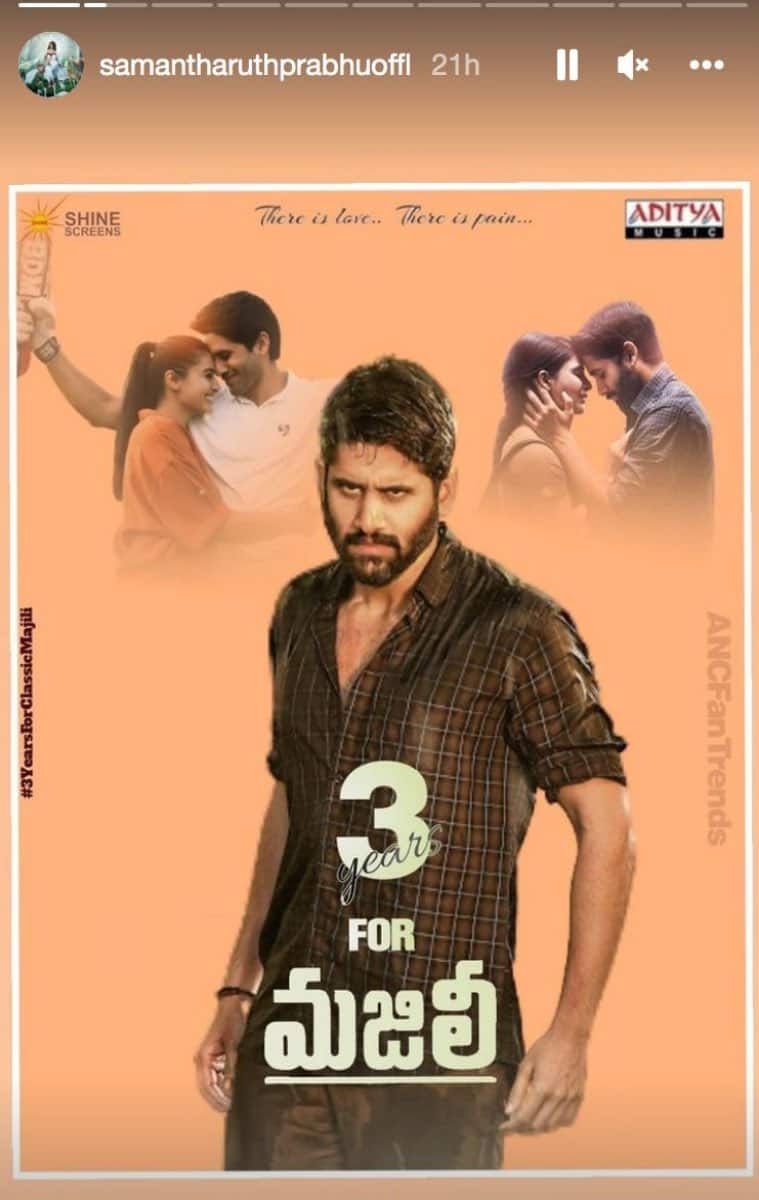 Samantha and Naga Chaitanya, who got married in 2017 in Goa according to Hindu and Christian customs, announced their separation last year in September. The couple had released a joint statement saying that they had decided to part ways, and requested their fans to give them the privacy during this difficult phase.  Last month, Samantha unfollowed him and shared a cryptic post, “Sometimes, the strength within isn’t a big fiery flame for all to see. Sometimes, it’s just a tiny spark that whispers ever so softly ‘keep going, you got this.”

On the other hand, Naga Chaitanya announced his new film. He was last seen in the romantic comedy Bangarraju. Samantha featured in Allu Arjun’s Pushpa: The Rise, where she was seen in the song Oo Antava.