Money Heist creator Alex Pina’s next is a ‘pandemic series set in a bunker’ for Netflix. Here are all the deets

There’s some good news for the fans of Money Heist. No, the Spanish crime drama is not returning with a new season, rather its creator Alex Pina is working on a pandemic series for Netflix. So one can only expect another thrilling show from his stable.

La Casa De Papel, or Money Heist in English, had its near-perfect finale with its fifth season in December 2021. The brain child of Alex Pina, which ran for more than four years, did leave fans asking for more.

According to The Hollywood Reporter, Pina has extended his global exclusive deal with Netflix. This incorporates the showrunner’s latest “high-concept series” inspired by the Covid-19 pandemic.

As reported by THR, the yet-untitled-series will be set in a luxury underground bunker that’s especially designed to survive a pandemic. It’s where “the country’s one percent retreat to escape catastrophe on the surface.” Pina’s inspiration for the plot came from a Spanish newspaper article dated October 9, 2021 “about rich Spaniards purchasing bunkers in the wake of the coronavirus pandemic.” 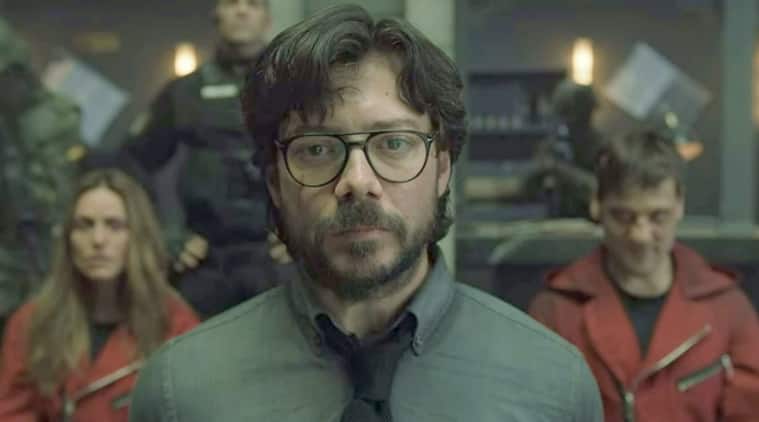 Money Heist had its finale in December 2021.

Alex Pina was quoted as saying, “Some of the new shelters that were being built were luxury homes in the subsoil… Up to 15 floors down, with exclusive services, such as cinema, pool, spa, gym and common gardens, with water and food to survive more than five years. An underground community for 75 people. And then we thought about what life would be like there. Social, family and romantic relationships, in an underground shelter to which they had hastily and exclusively fled.”

In the meantime, Vancouver Media is developing a spin-off series around Berlin, one of Money Heist’s most popular characters that was originally played by actor Pedro Alonso. The prequel will revolve around his back-story before the events of Money Heist’s first robbery at the Royal Mint of Spain. Berlin is expected to debut on Netflix in 2023.

Cannes 2022: Deepika Padukone serves glam for one last time at the red carpet in a white fusion saree