Lee Min-ho is a name you can’t avoid in the Hallyu waves. Over the past 14 years, with his numerous shows, he’s established himself as the not-so-regular Prince Charming — the bad boy you grow to love, against your will. And now, he’s ready for a rather different avatar in Apple TV’s Pachinko, where he plays a far more nuanced role than what we’ve seen him before. In Pachinko, we’re going to see him as a cold and calculative broker, who has ties with the mafia. What’s more intriguing is that Lee Min-ho auditioned for this role, generating further buzz around the show. “The character is very different from anything I have ever done before. I’ve always had this thirst for trying out something new, and this was the perfect opportunity,” Lee Min ho- had said earlier. He is sure that the character Hansu from Pachinko is the ‘starting point’ of his career for the next 10 years. He wants to break away from the image of the inscrutable and mysterious hero that people have seen in him so far.

I’ve rarely rooted for Lee Min-ho’s characters in the shows that spurred on the Hallyu Wave — and that’s when he played the protagonist, so it’s going to be fun to see what exactly he offers in Pachinko. Lee Min-ho playing a dubious character filled with shades of grey? Sign us up. At least this time, you won’t be forced to root for him, but instead might appreciate his acting prowess even more.

Min-ho was catapulted to fame with Boys Over Flowers, a soapy show on the love lives of rich students at a university. He became the epitome of that K-drama love and mush, with his cheeky grins and smiles—as well as his tears, proving that even if the story wasn’t worth obsessing over, he really knew how to cry on screen. Boys Over Flowers appears to be a rite of passage for Hallyu beginners as I was told—-apparently you can’t get into the K-drama scene without Boys Over Flowers and Heirs, both of which stars the smouldering Lee Min-ho. Both are high-school dramas where he plays the rich brat and has to fight friends and enemies over the girl he loves. In Boys Over Flowers, he sports curly hair, and wears fur coats, while aggressively trying to get Koo Hye-sun to fall in love with him, while his best friend turns rival. In The Heirs, his hair is more or less the same, and he wears an expensive uniform while shoving around Park Shin-hye, to keep her away from the roving eye of Kim Woo-bin. 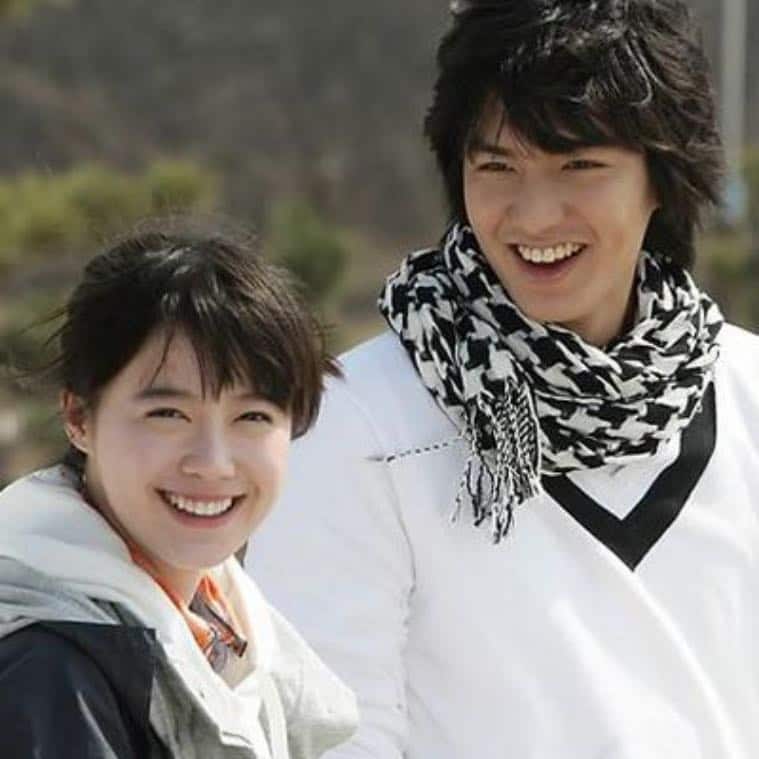 While today most will call his character a toxic bully, at the time, audiences swooned over the ‘bad-boy-turned-good’ trope. Lee Min-ho stormed around debating with stubborn parents, stood in the rain waiting for the girl to reconcile with him, threw several punches, has a near-death experience and finally a happy ending. The shows enjoyed enormous international fame, and lead to Lee Min-ho becoming synonymous with the Korean wave. It all built into his image—the macho hero, and the male saviour, who could appear out of nowhere to save you. Later in 2020 with The King: Eternal Monarch, Lee Min-ho completed his transition to swoon-worthy Prince Charming, as he acquired a horse, to add a final finishing touch to his image.

However, later, he starred in The Legend Of The Blue Sea—a curiously fantastical show, which intertwined themes of fate, rebirth and love. To be honest, that’s a show of his that deserves more credit than it gets, owing to its unusual storyline and plaintive love story. After sitting through Heirs and Boys Over Flowers and getting infuriated with Lee Min-ho throughout, Legend Of The Blue Sea was actually where he felt like less problematic. This was where I felt that he actually acted, instead of just switching between moping and stoicism. A still from Legend Of The Blue Sea (Photo: Netflix)

In 2020, he made his comeback with The King: Eternal Monarch — a convoluted tale of parallel universes, different worlds, and the reversal of tragic incidents in his history. While the show, starring the ever-sturdy Kim Go-eun, seemed to have gotten entangled in its own story — Lee Min-ho finally seemed to have left the shadow of Junpyo and Kim Tan (The Heirs) behind him. He played the role of a King Lee Gon, who is trying to unravel the complicated story of his father’s murder, as well as understand why he has the police ID of a woman who doesn’t exist in his world. I had to admit that without the aura of a stalking bully hovering around him, he created startling, refreshing chemistry with Kim Go-eun. I might not have understood what was happening with the story after a point, but would gladly watch it for the two of them.

And now it’s time for Pachinko. It remains to be seen what Lee Min-ho would do with this unusual role.

Prev post India Export Data: At $14.5 billion, India sees largest outflows in 2022 till date: What this means for the rupee | Business
Next post Expanded IPL returns to India but crowds under Covid curbs | Cricket News