Jaaved Jaaferi, who started the dance reality show Boogie Woogie back when the concept of such shows didn’t even exist, recently said that the idea was initially rejected and was called “downmarket”. Jaaved had already made a name for himself as a talented dancer with his acting debut in Meri Jung, and with the start of Boogie Woogie in 1996, he was catapulted to dance idol status

In a recent chat with Mashable India, Jaaved recalled that it was his brother Naved Jaaferi and his friend, actor Ravi Behl, who were keen on producing a dance show in India. At the time, this kind of show didn’t exist anywhere in the world, he said. “We had no reference point, as to how a reality show is made.” 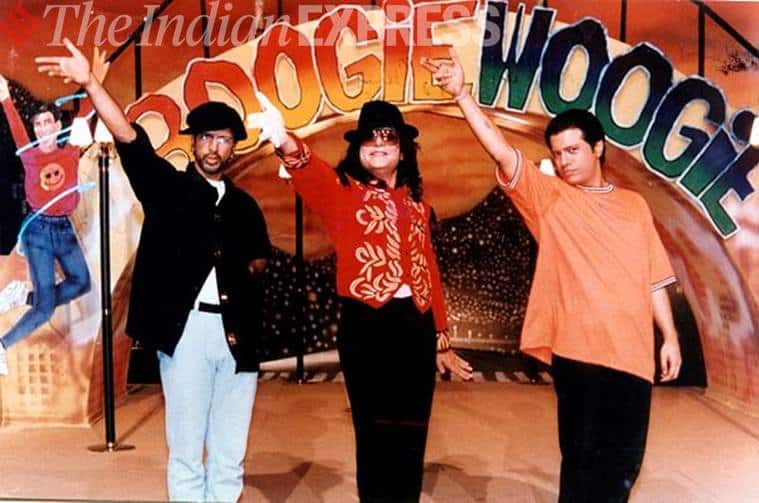 Jagdeep with Jaaved and Naved on the set of Boogie Woogie. (Photo: Express Archive)

Jaaved recalled that the then head of Sony TV, Sudesh Iyer, had heard their pitch and asked them to make a pilot but what happened after making the pilot is something they did not expect. “Voh jo corporates mein aate hain na naye naye log, bachche jo kursiyon pe baith jate hain (Those new recruits in corporate companies, the young kids who hold significant positions), Naved and Ravi took the pilot and showed it to them. Those people were like ‘No, it’s not happening, it looks very downmarket, we don’t think it works’.”

Jaaved recalled that Naved and Ravi were very disheartened as they were leaving the office and bumped into Sudesh by chance. “Sudesh just happened to come in. He asked what happened. Ravi and Naved told him. Sudesh asked them to show him the pilot. He saw it for five minutes and he said ‘Superhit hai show, done, let’s go’.”

Jaaved wondered what would have happened if Sudesh had not seen the pilot and Ravi and Naved had just walked away with the rejection. The actor went on to criticise the practice of focus groups and called it “stupid.” “The best things in the world did not need a focus group. You have to know the pulse, it is your passion,” he said.

Talking about those who sit in powerful positions and make decisions with regard to content, he said, “Focus (groups) are for those who have no focus. If you don’t understand your audience, then why are you being paid?” He added, “You are sitting in an air conditioned office at Nepean Sea Road and you are explaining what India needs. What do you know what India needs? You have not stepped out. You don’t know where Bhayander is.”

Boogie Woogie lasted for 17 years and paved the way for many dance reality shows on Indian television.

Prev post Premier League club Chelsea says final deal struck for sale to Boehly-led consortium | Football News
Next post Kanika Kapoor says she was skeptical about being accepted by husband Gautam’s family: ‘The fact that I am divorced with three children’