Anushka Sharma is currently honing her cricket skills as she is set to play former India captain and fast bowler Jhulan Goswami in upcoming Netflix film Chakda Xpress. Anushka on Wednesday treated fans to a seflie, which she took post a cricket training session for the biopic. Sharing the photo on her Instagram stories, the actor wrote, “Post practice in this heat wave.”

Chakda Xpress marks Sharma‘s comeback to the screen after embracing motherhood. Her last screen outing was Zero, which released in 2018. Talking about the film, the actor in a post mentioned how Chakda Xpress is a “really special film” because it is a story of “tremendous sacrifice”.

“Chakda Xpress is inspired by the life and times of former Indian captain Jhulan Goswami and it will be an eye-opener into the world of women’s cricket. At a time when Jhulan decided to become a cricketer and make her country proud on the global stage, it was very tough for women to even think of playing the sport. This film is a dramatic retelling of several instances that shaped her life and also women’s cricket,” she wrote. 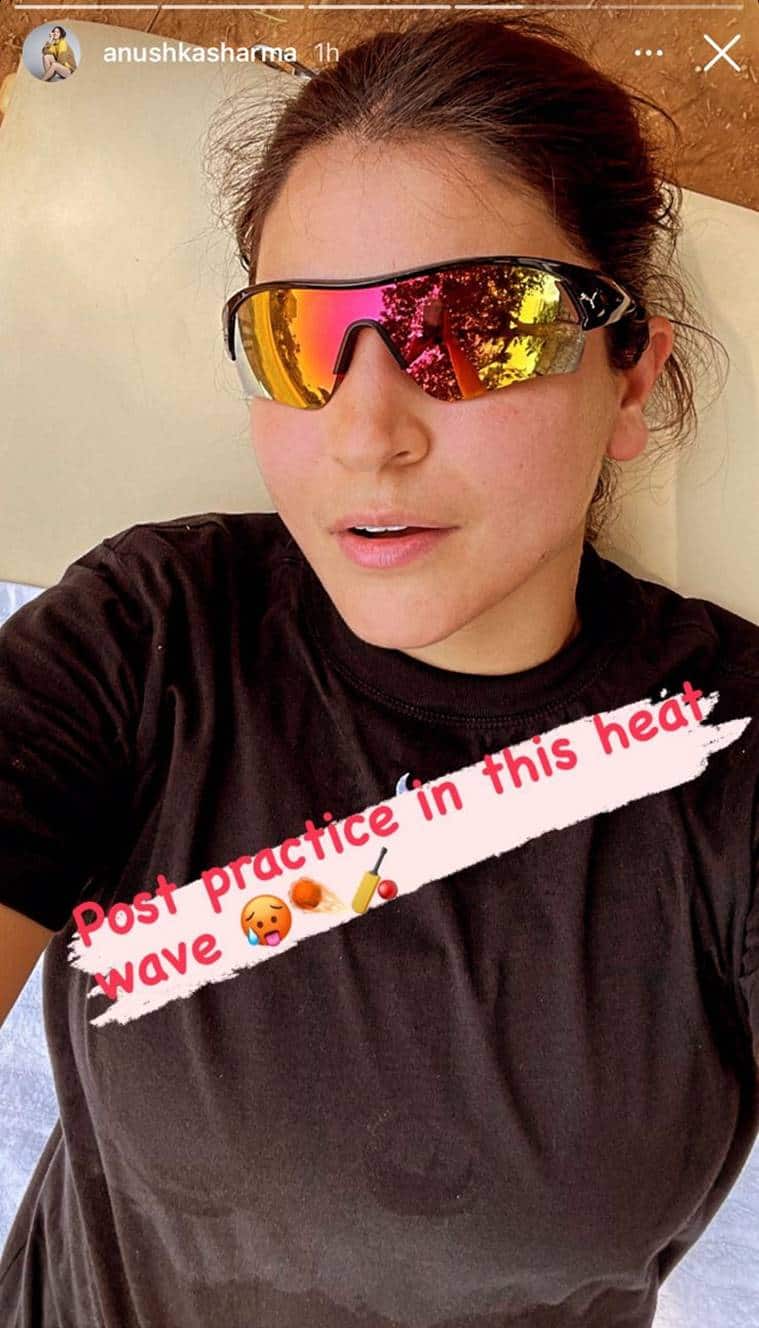 She added, “As a woman, I was proud to hear Jhulan’s story and it is an honour for me to try and bring her life to audiences and cricket lovers. As a cricketing nation, we have to give our women cricketers their due. Jhulan’s story is truly an underdog story in the history of cricket in India and the film is our celebration of her spirit.”

Earlier this year, Anushka Sharma announced that she would no longer be associated with Clean Slate Filmz, which she started with her brother Karnesh Ssharma. “Being a new mother who has chosen to be an actor by profession, I have to balance my life in an entirely new fashion like never before. So, I have decided that whatever time I have at hand, I will dedicate it to my first love, acting. Therefore, I have decided to step away from CSF,” read a part of her long note.

Clean Slate Filmz has Qala and Mai in the pipeline.